Home News Opinion: Pellegrini and West Ham are right to be stubborn over wanted... 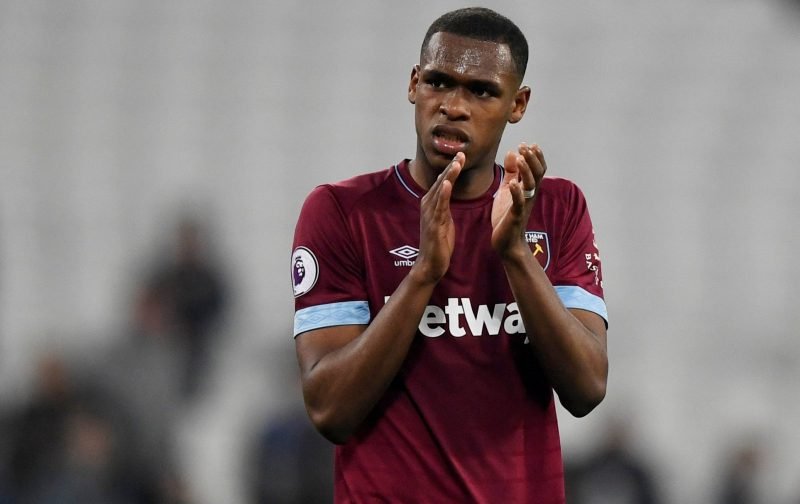 Issa Diop is a top defender and one that West Ham simply need to keep ahold of at all costs. The way the market is going, with Manchester United agreeing to pay £8om for Harry Maguire (BBC), means that Diop would command a huge price, and the Hammers are doing the right thing.

The Frenchman is reportedly a target for London rivals Arsenal, and with Unai Emery’s defence a major issue, he’ll be desperate to bring in some reinforcements. However, West Ham have quoted a price of £60m for their 22-year-old defender, as per The Sun.

Having seen Arsenal spend a fee of £72m on Nicolas Pepe (BBC), there is very little chance that they’ll be able to stump up a massive fee of £60m for Diop in the same window, and the Irons will need to remain stubborn with just four days of the window left and avoid letting him go.

Diop was far and away the Hammers’ best defender last season, and he’ll be set to feature just as heavily this time around too, hopefully being able to stay fit and partner up with Fabian Balbuena at the heart of the defence in front of The London Stadium crowd.

Having already signed Pablo Fornals and Sebastien Haller this summer for big money, Pellegrini has outlined his intent for the season and the aim will be to get into Europe and to do that they simply cannot afford to allow their best defender to leave so close to deadline day.

The money would be a nice sum to receive and could be reinvested into the squad, but this close to the end of the window it would be a suicidal move as bringing in a suitable replacement would be incredibly tough, and the Irons are absolutely right to dig their heels in over the price.

Tipping Liverpool for second, Newcastle for the drop… – Football365.com