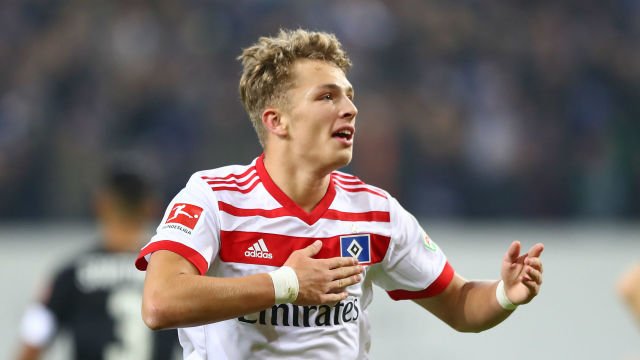 Tottenham fans will be loving life having won the 2019 Audi Cup. Well, maybe they will. In truth, the Lilywhites may not be too bothered, but the squad are more prepared for the start of the season for their time in Germany, although it became obvious that they missed out on young talent in Jann-Fiete Arp.

The German striker bagged against the Lilywhites to start Bayern Munich’s comeback from 2-0 down to eventually take the game to penalties, and whilst he wasn’t on the pitch for the penalty shootout, he had already played his part as the game went onto be won by Tottenham ahead of the home side.

The 19-year-old was heavily linked with a move to Tottenham before his move to Bayern Munich this summer, with the player first mentioned with the club back in January 2018, as per The Mirror, before then in June 2018 he was rumoured to be available for around 8m euros, according to The Daily Record’s live blog (10:33am).

However, in the end, the player has ended up at Bayern Munich, who confirmed his signing on their official website. The young German is said to be a massive fan of Harry Kane, though, and with the Tottenham striker playing as his idol, it seems that Spurs would have had a major advantage in signing the youngster.

There’s a picture of the youngster with his idol’s shirt after the game between Tottenham and Bayern, and it could so easily have happened that they ended up as teammates. After scoring an impressive 37 in 45 in the U17 Bundesliga and nine in nine in the U19 Bundesliga, Transfermarkt,  he would have fitted in well at Spurs as a second striker.

That kind of record at youth level proves that the ex-Hamburg man knows where the goal is, and with the Lilywhites needing a deputy for Harry Kane now that both Vincent Janssen and Fernando Llorente have left the club in the same summer, it seems ironic that a young frontman they were once after ended up bagging against them yesterday.

The season must finish – clubs threatened with relegation cannot be allowed to postpone...

Daniel Farke names the Arsenal player who was ‘world class’ against Norwich – Football.London