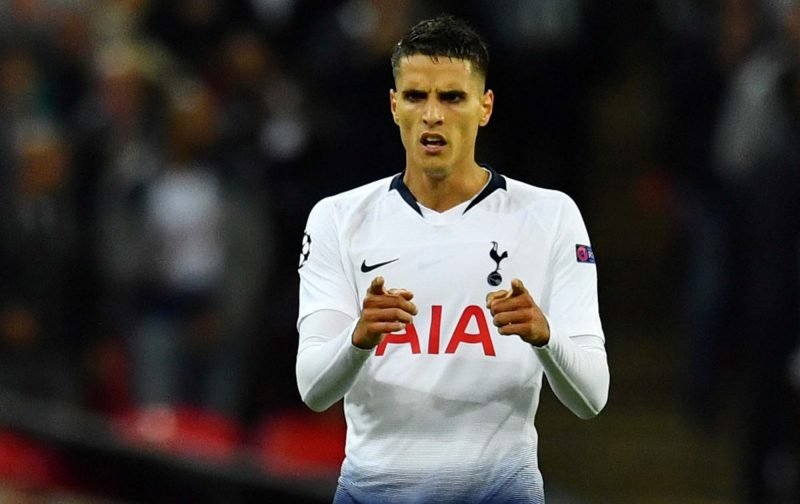 We know, it’s pre-season and you’ve seen this before, but hear us out. Erik Lamela put in one of his best-ever performances in a Tottenham shirt against Real Madrid yesterday and will be set to feature against Bayern Munich later, but the way he previous two seasons have gone are gearing up to a massive 2019/20.

The Argentine cost Daniel Levy and Tottenham a fee of £25.7m (BBC) when they signed him from Roma, before spending massive money was cool, and so far he has not justified that price tag in his Tottenham days. A lot of that is down to injuries, but some of the blame lands at the feet of the player.

The 2017/18 season was a nightmare for Lamela, the Argentine’s injury woes were horrendous and there was a time where a lot of Tottenham fans believed he may have played his final game for the club. That was now the case then and it’s not the case now, and it’s finally time for him to step up.

We saw glimpses last season. Early season form saw the versatile attacker grab goals against West Ham, Liverpool, Brighton and Barcelona, as well as chipping in assists against Fulham and Everton. After Christmas, though, he faded away, and the season didn’t end well for the 27-year-old.

In the final weeks of the season, he featured in just one of the club’s last nine Premier League games and could manage nine minutes of action in the Champions League across the quarter-finals, semi-finals and final, Transfermarkt. The next 12 months should be different.

Assuming Spurs bring in no further players Lamela will again be relied upon. Should he stay fit, he will be vital. At the age of 27-years-old, the attacker has a bite to him that makes him perfect in derby matches and having had the whole summer off spent in Argentina with his friends and family and no injury concerns, his preparation has been perfect.

Getting off to a flier will be key for the winger, and if he can shine in the league as he did against Real Madrid, taking players on and making things happen with intelligent passing in the final third, then he’ll be a joy to watch.

Revealed: Rangers will not be completing transfer deal for international – Vitalfootball