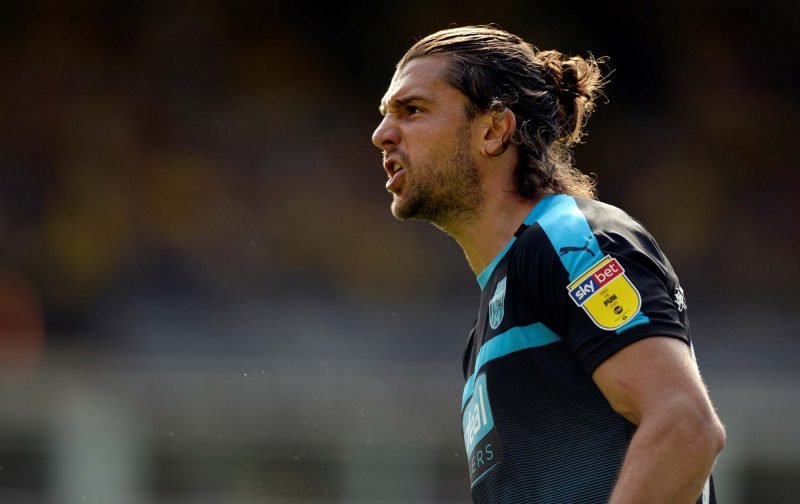 The impending doom that sadly now seems to surround West Bromwich Albion got a touch worse this afternoon as the club confirmed what many expected would be the departure of key striker Jay Rodriguez back to Burnley for a massively cut down fee.

With reports on Monday circulating that Burnley had now triggered what can only be called a ridiculous contract amendment last summer when a verbal promise would’ve sufficed and protected our initial investment on the 29-year-old, that speculation has now been confirmed as he returns to former haunt Turf Moor on a two year deal.

West Brom’s forethought here sees us gain £5million now and £5million in 12 months time which is obviously £2million less than our original outlay, so it’s a great bit of business for a man who hit the back of the net 22 times last year. Maybe I’m just missing something, but if the transfer wasn’t avoidable there must have been a better way of securing a proper fee?

wba.co.uk carried a personal message from the player as he departed and whilst some fans will like the words in it and understand the Burnley pull given his prior association with them, I can only imagine the fall out isn’t going to be pretty as I can’t think of a single replacement that we can get for that fee that would guarantee the way JRod could.

“I wanted to take the opportunity to say a big ‘thank you’ to everyone at Albion for helping me so much during my two years at the Club. The fans, my team-mates, the staff – I cannot speak highly enough of all the people who make the Club such a special place to be. I was desperate for us to get promoted last season and the disappointment of that narrow miss cut deeply.”

“The Club did everything it could to persuade me to stay and this has not been an easy decision by any means. But at this stage in my career, I found the chance to play again in the Premier League at my hometown club too good to turn down and I hope everyone will respect that. I have nothing but best wishes for the club I leave behind. I’ll be backing you to succeed in a new era under Slaven Bilić and hope that I can be back at The Hawthorns at the first available opportunity for a Premier League fixture. Until then, a sincere ‘thank you’ all for your support. I will never forget it.”

West Brom Starlet Determined To Seize His Chance Under Bilic