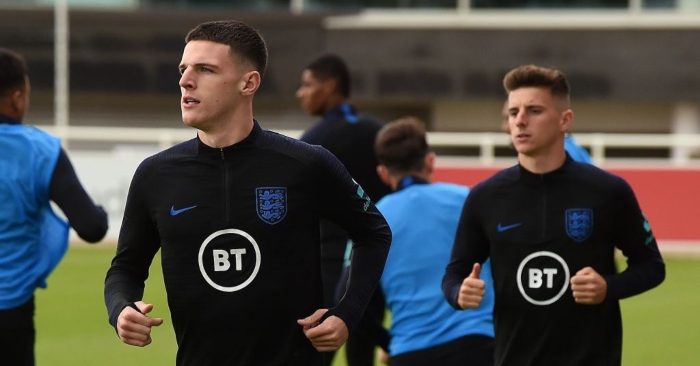 There’s a phenomenon which has plagued anyone writing about England’s midfield for over two decades now. Within a couple of sentences, they find themselves drifting off, meandering through the sentences, in pursuit of an answer which doesn’t really exist.

That characterises the problem well enough. For a long time, England’s decisions in that area of the pitch were inhibited by a paucity of options or – even in times of relative wealth – were generally filtered through the traditional prism of what a midfield is supposed to look like.

In essence, that it must be equal parts attacking and defensive, and it must always be deferential to the strengths of other teams. The consequence has been a lack of definition. England’s midfield is always a collection of players, a compromise between something and something else, and never a cohesive body with obvious chemistry or properly defined strengths.

And that was the case at the 2018 World Cup, when Gareth Southgate sent a trio of Jordan Henderson, Dele Alli and Jesse Lingard out for that semi-final against Croatia. It’s easy to be wise in hindsight, of course, but there was little surprise when England, with such a patchwork centre, found themselves increasingly lost as that game developed. Where, after all, was the overlap within that group? How were they ever likely to complement each other?

The lesson was that it’s better to be bold. That, instead of trying to cover bases and a range of outcomes, selection in that area should be instructed by the aim of fostering personality. To be creative, to be ambitious, to be destructive; whatever it may be, it’s important to be something.

Southgate has the opportunity now to pursue that kind of identity. England face Bulgaria at Wembley on Saturday and the squad for this run of qualifying games includes players who could, in combination, form the core of his side for the better part of the next decade. Declan Rice. Harry Winks. Mason Mount.

A theory: international football rewards technical skill. There are some caveats, but generally it’s an environment within which the greatest virtue is being able to control possession. By that logic, it stands to reason that players tasked with influencing a game and defining its shape must all receive the ball extremely well, must be bold when it’s at their feet, and not possess the kind of technical inferiority which – as it did in Russia – eventually translates to fear and passivity.

It’s essential, because that’s typically what halts English progress. On a literal basis, the various endings may have come from the penalty spot or, as it did in Russia, via a fatal loss of concentration, but the disease which puts England on the road to those outcomes has been terminal. The falling back behind the ball, the inability to construct more than two or three-pass moves, and the rising pressure. It happened against Portugal in 2004, Italy in 2012, Croatia and Colombia in 2018.

In the desperate minutes of those games, when England were being cut to ribbons by a Pirlo or a Modric, the players demonstrated admirable spirit. They blocked shots, they ran their blood to water and, because that sort of tallies with vague forms of British self-perception, we applauded them for it. But what those situations actually called for was players who could inflict equivalent damage – not just a cultured, bloodless ball-player capable of exploiting gaps, but an entire department which, together, could ask the same kind of questions and invert the flow of pressure.

Maybe a good way of tackling the question is by considering, out of the players available, which three English midfielders would be most proficient in a game of three-on-three. Which group would you most trust with the ball? Which combination would be most productive with it and contort their opposition most effectively with their range of passing and movement?

The typical – and probably natural – response is to worry about security and to question whether, between them, those players have the stature to be trusted. But doing that amounts to falling into the same trap into which England have been hurling themselves headlong for more than a generation. It’s more compromise and more worrying about the opposition when, really, all the intellectual energy behind this side should be concerned with ensuring that it exerts itself fully.

A valid counter-argument is that none of those players are seasoned internationally. Mount has barely played four Premier League games and neither Winks nor Rice are exactly veterans. But that actually presents the perfect opportunity to cure the other great issue, which is that central lack of identity, and to address it in one go, at the beginning of a new tournament cycle.

Harry Winks is 23. Declan Rice and Mason Mount are both just 20. Conveniently, their careers will run parallel to one another and, as a result, collectively offer the opportunity to grow a whole midfield for the long term. It’s a chance to build something permanent, something which can develop as a unit and acquire its chemistry from tournament to tournament.

What a thrilling prospect; how unusual to think of England’s midfield as a land of opportunity.

Holloway in 425-word response to Brexit and handball confusion – Football365.com

See Why Tomori, Abraham & Mount Were Called-up for the England Squad 󠁧󠁢󠁥󠁮󠁧󠁿 |...