Home News “Big Season For Me” – New Permanent Southampton Signing Is Relishing The... 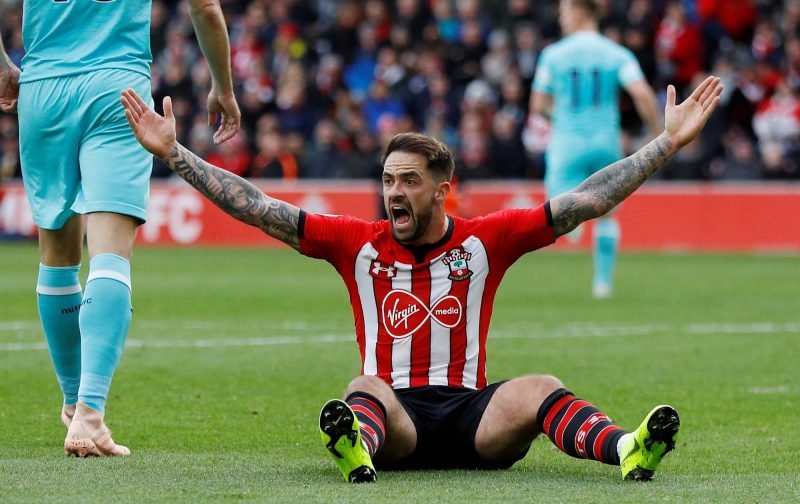 Monday was a busy day for Southampton as we saw both an official departure and two confirmed arrivals with strikers Che Adams and Danny Ings signing permanent deals at Staplewood.

With 26-year-old Ings arriving on a loan deal from Liverpool last summer with an obligation to sign him at the end of the year, he became official on June 1 and the player has signed a contract keeping him with us until the summer of 2022.

Officially one of our own! ????#SaintsFC is delighted to confirm that @IngsDanny has formally completed a permanent move from #LFC! ???? pic.twitter.com/yTtdeD4hz6

Although he didn’t have a great year with injuries again hitting, he did make 24 starts and one substitute showing, returning eight goals and three assists as we successfully avoided relegation once again and kicked on following the arrival of manager Ralph Hasenhuttl, so fans will definitely be hoping for more from him next season.

With his arrival confirmed by the club yesterday evening, Ings himself called it a ‘big season’ for him as he’ll be looking to get a good pre-season campaign under his belt and then remain injury free as he looks to improve his form.

“It feels good. Obviously, being here for a season already, I felt like it was very up and down for me personally, with a few niggles and small injuries, and that was off the back of not having a strong pre-season going into the season. Now I’ve signed permanently, I feel great. I’ve looked after myself over the summer and I’m just raring to go for the new season. Personally, it’s a big season for me. I feel like it’s my most exciting really. The last few years have been very up and down for me, but now I’ve looked after myself over this summer and I’m really looking forward to it and hopefully great things can come from it.”

“Trust The Hutch” – These Southampton Fans Are Confused By Latest Development

Saturday’s Bets of the Day including horse racing, football and Formula One – Sportinglife.com