Home News Arsenal legend says there is ‘something very wrong’ with Mesut Ozil –... 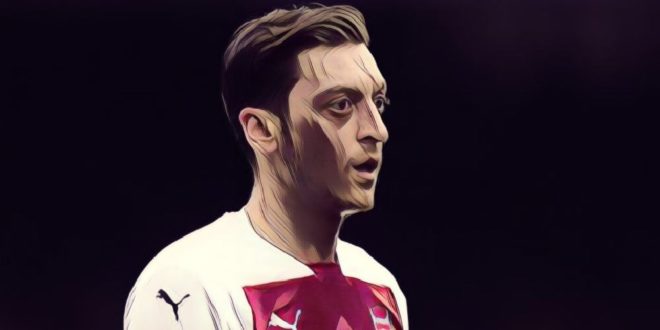 Mesut Ozil was ‘not relevant’ during Arsenal’s biggest games of the season and must ‘start fulfilling his potential’ at the club.

That’s the damning verdict of former Arsenal star Lauren, who believes there is ‘something very wrong’ as the German continues to struggle to deliver on a consistent basis.

Reports have suggested that Unai Emery may be willing to sell the 30-year-old this summer as he looks to raise funds to strengthen his squad, with the Spaniard only thought to have around £40 million at his disposal.

However, Lauren believes the playmaker will still be at the club next season but has warned the former Real Madrid star he must begin to perform.

“Mesut Ozil will stay at Arsenal next season but he needs to start fulfilling his potential,” Lauren told bwin.

“Whether you are Arsenal, Real Madrid or Barcelona, you need your best players to perform on the big stage and Ozil failed to do that on multiple occasions last year.

“In the biggest games last season, the Quarter Final, Semi-Final and Final of the Europa League, Ozil was not relevant, so there is something very wrong there.”

Dembele rules out transfer despite links to Premier League clubs

See also – Raging football vlogger, Shane Duffy’s forehead of doom, and John Barnes at the checkout – Tweets of the Week

Report: Blow for Everton as Southampton close in on £15m signing – Vitalfootball

Celtic legend says clubs could be reluctant on Kieran Tierney due to appearance record...